Home / About Us / Awards

The widely popular course in Pennsylvania’s Pocono Mountains ranked No. 17 of more than 2,500 eligible courses with 4.7 (of five) stars.

2010 award for Best New Courses in America for Design & Build for Jack Frost National being voted #31.

Jack Frost National, after its first full season, has earned a spot on Golfweek’s coveted “Best Courses You Can Play” list, which appears annually.

DESIGNING OR RENOVATING YOUR GOLF COURSE? 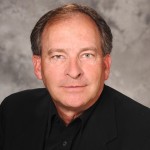 Terry LaGree is an award winning golf course designer. Terry has designed some outstanding well known golf courses. Terry is President of Barbaron, Inc. and is responsible for customer relations as the liaison with owners and architects as well as the design division of the business. He has over 30 years experience in golf operation, construction, management, marketing and sales. Find out more about Terry >